‘The photographer was a kind of stage-director who was consciously posed carefully costumed individuals or family groups against a painted studio backdrop, often a landscape with various props’

Jacqui has an ongoing interest in critiquing colonial symbolism through staged based photography, combining costume and hand-built sets to create complex narratives that carefully marry choreographed theatrics with poignant significance, as well as the mediums of painting and photography.  Familija marked a pivotal milestone in Jacqui’s practice and is now seen as a catalyst for the ongoing direction of her creative focus.  There have been numerous publications covering individual images as well as a selection of editions from Familija included in a survey show at the Benalla Art Gallery.

This suite of photographs is the only complete set Stockdale’s Familija series. Sold only as the full suite of fourteen photographs.

Click here to email the gallery and make an enquiry. 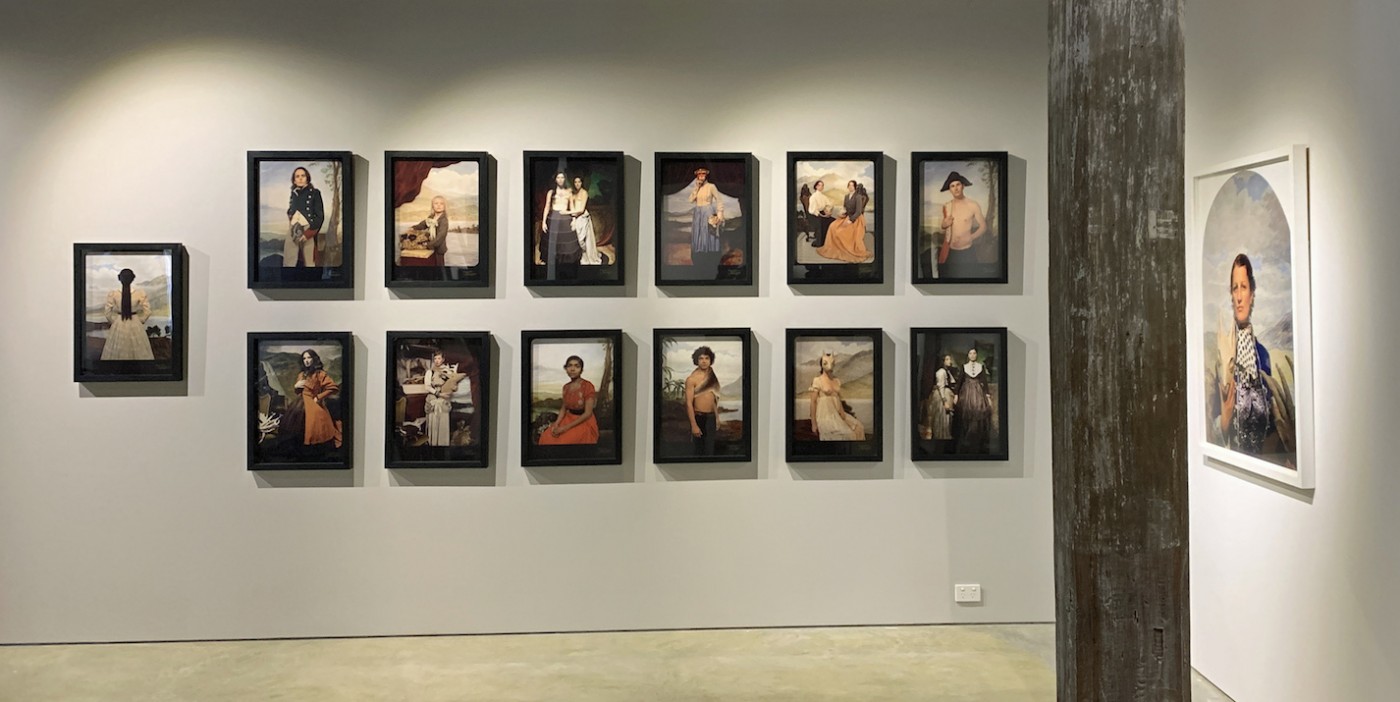 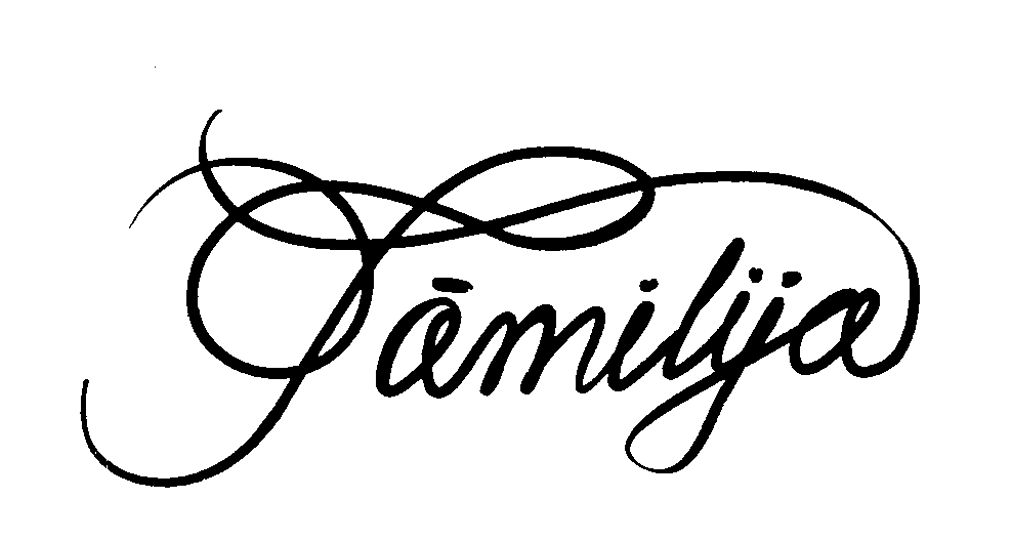 Photographic studios in the 19th century were like embryonic theatres.  The photographer was a kind of stage-director who was consciously posed carefully costumed individuals or family groups against a painted studio backdrop, often a landscape with various props. The photographer’s job was to publicly ‘present’ his sitters, to elicit their sense of their kinship with each other and their relationship with the world.

The American photographer Charles Eisman took this a step further.  He retained the picturesque scenarios, the posed presentation and the costumes, but the kinship that bonded his subjects was not blood relationship; it was their status as human freaks – giants, the frog boy, the tattooed lady – and their public personae’s side show performers.  This resulted in a quietly surreal disjunction between the peculiar sitters and the bourgeois ‘scenery’.

The painting – photographs in Familiya contemporise historic studio portrait of this nature, offering infinitely more subtle and complex interrelationships between sitter and scenario, sitter and props and stage director- or, in this instance scenographer / painter / photographer / performer.   Welcome to Jacqui Stockdale’s world.  It’s a troubadour world of circus performers, artists musicians- the family of friends Stockdale has gathered around her – posing as representative colonial personae. They are in a sense our family too, the skeletons in our cupboard, for they symbolise aspects of Australia’s colonial past.

View of Mt Wellington is a haunting which becomes even more haunting when we realise what the woman with her back to us is looking at. It is Stockdale’s painted version of John Glover’s Mt Wellington and Hobart Town from Kangaroo Point (1834), a painting that symbolically refers to the European settler’s appropriation of the land, and the Tasmania of the Aborigines as a disappearing Eden.  Stockdale has removed the swimming and dancing Aborigine’s in the foreground of Glover’s painting – just as they had been literally removed by this time; murdered by settlers or rounded up George Augustus Robinson – and replaced them with an observer gazing at what has now become the colonisers territory.  The image is also a fresh complication of the self-portrait, for the model is Stockdale herself.

Stockdale has a humanitarian disdain for hierarchies and categories; she has always blithely ignored the gender divide, and paintings like The Tracker offer a tongue in cheek challenge to the reflex of racial discrimination as well.  The model for the Lady’s Daughter, her retake of Thomas Bock’s painting Mathinna (c1832) is a young Indian woman, Stockdale has elicited from her resemblance to Bock’s doomed Aboriginal child via the same wistful pose.

There are many such histories in these meticulously constructed portraits, histories unseen but symbolically alluded to by items like the superb Georgian hunting jacket worn by  painter Maya Green in the sumptuously coloured Lady of the Hunted, or by the carefully arranged mis-en-scene of animal sculptor Kate Rhodes as a take on taxidermy in a fake natural history museum setting.

Characteristically these works are astonishing combination of playful exuberance and deadly seriousness, of an innate sense of theatre heightened by masterly painting ability. In the nineteenth century it was believed that photography spelled the end of painting. What was unimaginable then, and truly wonderful about Familiya, is the seamless marriage of painting and photography.