All that Glitters is not God! 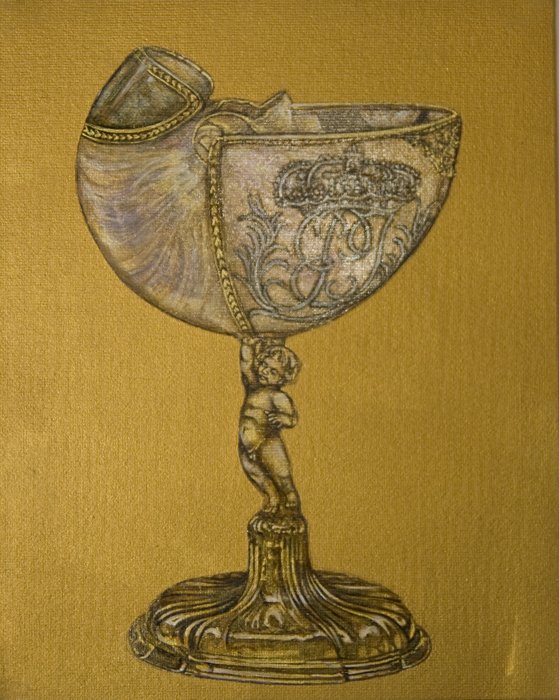 All That Glitters is not God!

Opened by Dr Megan Keating, Head of Painting, Tasmanian College of the Arts.

Born in Colac, Victoria, then moved to Tasmania before his first birthday, Wayne Brookes’ oeuvre articulates a kind of ostentation far beyond humble Hobart. His intricate paintings layer narratives and juxtapose symbolism and references from Baroque, Catholicism to the domestic. Brookes often refers to himself as a ‘quilter’; one that stitches stories about fascination, objects of desire, intrigue and absurdity with a surgical precision. His signature; fabrics rendered in paint have the distinct appearance of luxurious silks, velvets and tapestries with every fold and drape laboriously represented.

Completing his Bachelor of Visual Art in 1979, Brookes went on to pursue a career in Teaching to coincide with his art practice. In 2003, Brookes was granted a Master of Fine Art and in 2009 was awarded a PhD Fine Art, through the University of Tasmania. As well as being an accomplished educator for the past 35 years in the Education Department, Brookes has also worked as an examiner, critic and art commentator. Brookes’ work is held within the collections of the Queen Victoria Museum and Art Gallery, Launceston; University of Tasmania Fine Arts Gallery, Hobart; Tasmanian Museum & Art Gallery, Hobart and numerous private collections (Australia, USA).

With numerous solo exhibition under his belt, Despard is proud to show Brookes work once again with his 9th solo show All That Glitters is not God!

“This show started with my heart. I wanted to give my wife something very special for Christmas in 2014, the year we got married. Ageing evokes its own splendour and this was certainly true of the matrimonial bouquet. As I had flirted with the ‘Midas Touch’ a few years ago, this wilted bunch of flowers was the perfect object to Baroquify into a golden icon. It had to be the sole feature and it needed its own life without the usual distractions of my densely complex backgrounds. It was the beginning of a more condensed, minimalist approach.

The fabulous 18th century Vedudista, Giovanni Battista Piranesi, was a visionary of staggeringly beautiful objects. These remained conjectures of fantasy until very recently when they were granted 3-dimensionality for a show in 2013. I love this idea of a beautiful object that never existed. As my obsessive passion for ironically absurd but perversely magnificent objects continues to escalate, this show should be seen as my Wunderkammer.

These curios are facsimiles of treasures that may have haunted the Golden Age of Dutch painting, they may have adorned the mantle of European aristocracy or they may be pure miasma. I rather like that suspension between reality and contrivance as it continues my fixation with astonishing things that should exist even if they actually don’t. ‘All that Glitters is not God!’ is a hardware-store catalogue of objects of ostentation representing either a rendering of the real or pure invention. Some exist in collections, some are hybrids, others remain pure fiction.”