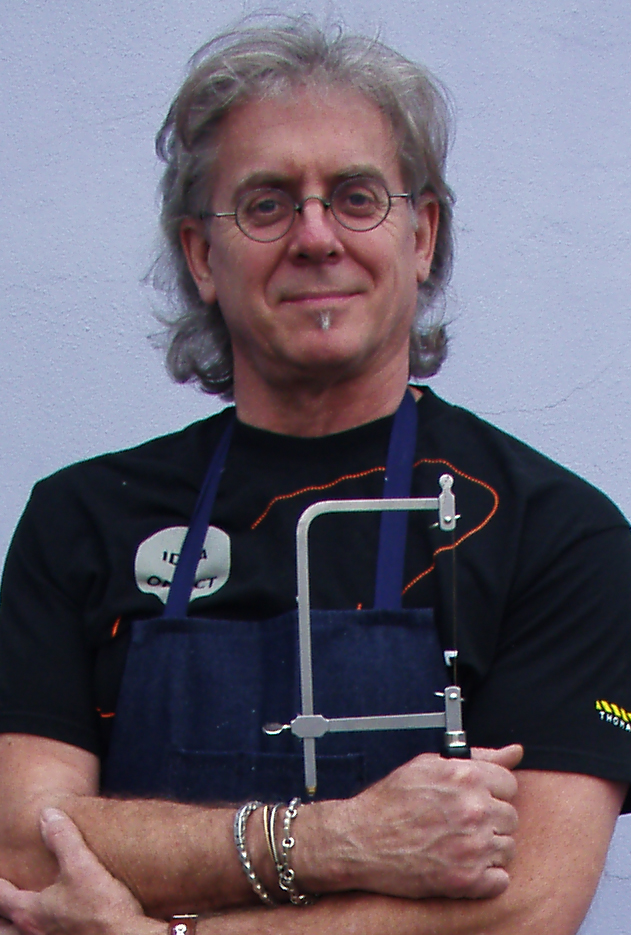 Our Artist In Residence, Thomas Mann will be giving an artist talk at RUNNYMEDE ART & ANTIQUE FAIR on 17 October, 12 noon.

THOMAS MANN has been an active participant in the contemporary American craft movement for the past thirty years as an artist, gallery owner and lecturer. He describes himself as an artist working in the medium of jewelry and sculpture. The primary design vocabulary which he employs in the making of jewelry objects combines industrial aesthetics and materials and with evocative romantic themes and imagery. He calls this design system Techno.Romantic ̈. Though it is not the only design mode in which he works, it is the one for which he and his work is best known. Thomas Mann lives and works in New Orleans where he oversees a jewelry design and production studio, a sculpture studio, and gallery. He currently exhibits his jewelry and sculpture with some 250 galleries and stores in the US and abroad, and at premier craft events around the US. Thomas Mann describes himself as an artist working in the medium of metal. Actually he sees himself more as a sculptor than a jeweler, a term he denies as inaccurate with vigor. A self-employed artist since 1970, he is best known for his Techno- Romantic Jewelry Objects,® a style he invented in the late 1970s and pursued intensely over the next 20 years. Originally from Pennsylvania, the artist exhibited his work at The New Orleans Jazz & Heritage Festival in 1977 and has called New Orleans home ever since. Though it might be more accurate for him to call the United States at-large his home, since he spends most of his time on the road exhibiting at as many as 15 nationally juried craft and art events each year, in addition to teaching workshops and public speaking. Somehow, he still finds time to oversee the management and art direction of a jewelry and sculpture studio and retail gallery with a very capable staff of fourteen. Since the turn of the century he has moved away from his signature Techno-Romantic® design vocabulary towards edgier jewelry designs that are, in some cases, models for large-scale sculpture.