Beyond the Horizon – Guan Wei 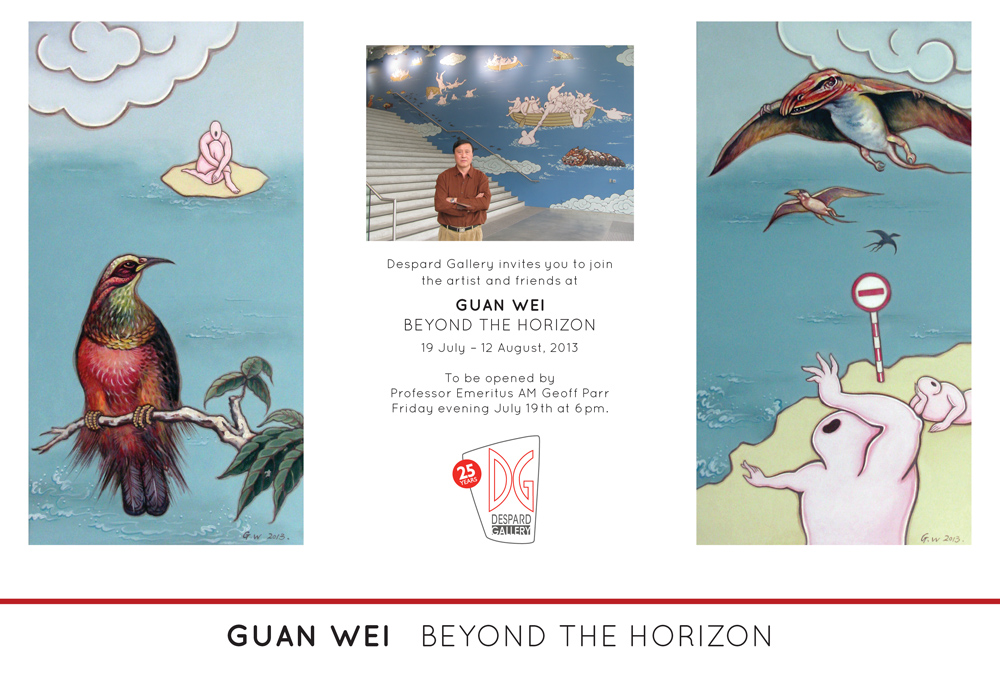 Guan Wei first came to Tasmania as a result of a meeting with Professor Emeritus Geoff Parr in Beijing in 1988. Wei, together with two other early career Chinese contemporary artists, Ah Xian and Lin Chunyan, came as artists-in-residence to the University’s Tasmanian School of Art in 1989.
Guan Wei shares his time between Sydney and Beijing, his distinctive imagery is the best known of the contemporary Chinese/Australian artists working between the two cultures. Wei has created major murals in public buildings around the country, his most recent entitled ‘The Journey to Australia’ is seen by thousands of visitors every week in the main entry to the MCA from Circular Quay.

“When people ask me where I come from, I quite often reply ‘I am from Tassie.’ Because, when I arrived in Australia in 1989, the first place I went to was Tasmania. I stayed for two years (1989-1991).
I love the mountains, the sea and the people here. I once drove around Tasmania with some friends. When we arrived on the West Coast of Tasmania, in the distance, I saw smoke from a bushfire slowly rising up to the sky. To the left of that smoke, was the vast sea … I was shocked by this landscape. It seemed as if time had stopped. I imagined as if I was in ancient times. What a place – it is a special world … Beyond the Horizon!”
Guan Wei, 2013