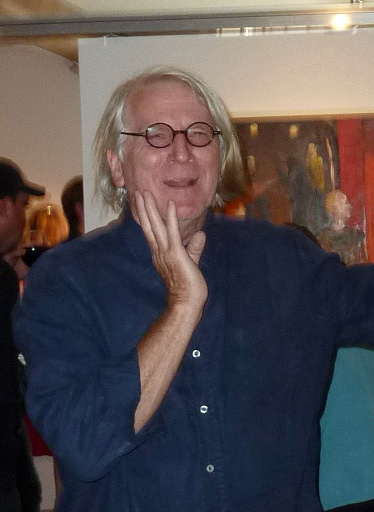 It is a sad day for the Australian art community with the passing of Bob Jenyns 1944- 2015 – Father-Sculptor- Painter and Academic. Bob was prolific producing hundreds of prints, paintings and sculptures over forty years, influencing and inspiring students at the Tasmanian School of art as head of sculpture for twenty three years between 1982 and 2005.

Outspoken in his opinions on the politics of art and its bureaucracy, Bob expressed his thoughts via his art, a classic was the show he did with long time friend and fellow artist Bill Yaxley in 2013 with the major painting text based and political ineptitude inspired … I enjoyed numerous animated discussions with Bob, his irreverent, politically inspired naive art works were the stuff of legends – on his last visit to Hobart he called into the gallery, obviously struggling with ill health, he still displayed the same witty sense of humour and passion for art. 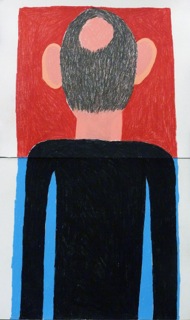 I spoke to him about doing a show inspired by Abbott’s infamous ‘Captains Call’ having included Prince Philip in the Australia Day honours list – who better to take the piss than Bob Jenyns – he loved the concept but answered ‘lets see how things pan out next few months….

We will miss him, his ideas, his humour and most of all his art. Our condolences to Lorraine and the family.