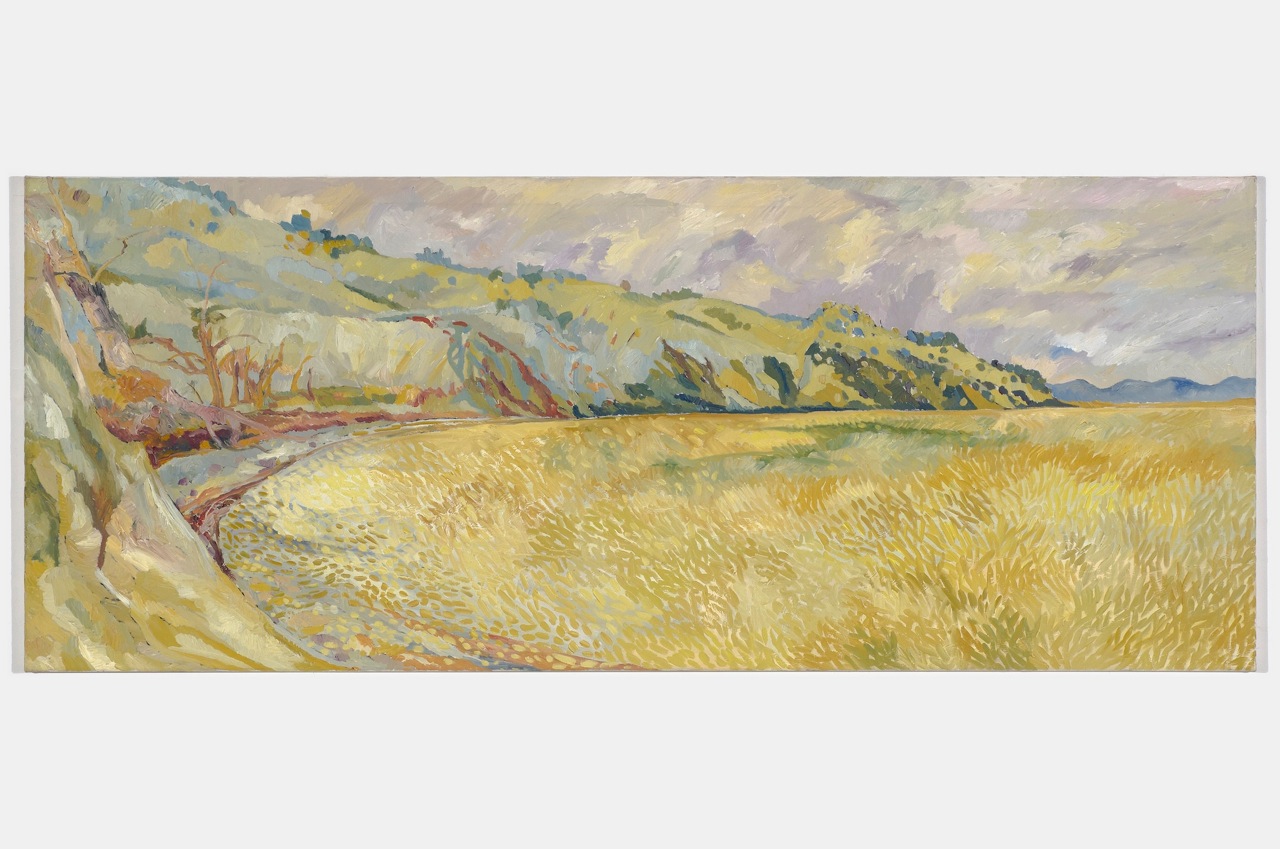 The first group show at Despard is the culmination of the first year of artist residencies on the tiny farm of Roseville at BullBay on the very tip of Bruny Island, Tasmania. This extraordinarily beautiful Island stretches nearly 80 km from Antarctic-facing sea-cliffs at the South to  slightly more settled and farmed landscape in the North and is  only 45 min from Hobart. The propelling idea behind Jane Wilson’s vision for starting Bull Bay is to  bring respected landscape artists to live, work and teach to celebrate and enhance Tasmania’s profoundly elemental landscape.

Lyons lives and works in Sydney where she has had many solo exhibitions with the Olsen Irwin Gallery. She is also represented by The Cat Street Gallery in Hong Kong, Australasian Art Projects in Singapore and Scott Livesey Gallery Melbourne. Highlights include Exhibiting at the Australian High Commission in Singapore and Residencies in Sweden, Bulgaria and now Bull Bay. Her work can be found in public and private collections in Australia, Singapore, Hong Kong, Sweden, France, London, New York and more recently with large commission works for Thailand. Lyons studied Fine Arts at Melbourne’s RMIT University and was then awarded her Masters at Sydney’s COFA. She has travelled extensively with her husband and two sons, and adds all these experiences to her rich tapestry of meaning while continuing to explore line and form, life and love.

Joanna Logue was born in Scone NSW. She graduated from the City Art Institute with a B.A in Visual arts and a Graduate diploma in professional art studies. Since then she has exhibited extensively in major cities through out Australia, Hong kong and Singapore having made over 20 solo exhibitions and won or been a finalist in major art prizes including the Fleurieu, NSW Plein Aire, Paddington ,Country Energy..Hn 2013 she participated in an exhibition curated by Andrew Frost at Tamworth Regional Art Gallery called ‘The Feminine Optic – perspectives on landscape’ and was also collected into the Kedumba Drawing prize. This year James Makin gallery will represent her at ‘Art Stage’ in Singapore and she has also been curated into an exhibition opening this month called ‘Natura Morta’ at Orange Regional Gallery. Early in 2015 her landscapes will be shown in an extensive exhibition called ‘ Country and Western’ opening at the Townsville Regional Gallery and touring the country showcasing prominent Australian Landscape painters working from the bi-centennial year till today. Joanna lives and works in both her country property in Oberon NSW, and Fiztroy Melbourne. She is represented by King Street Gallery on William in NSW and James Makin Gallery in Victoria.

Ian Marr has worked in ink, watercolour, oils and stone inscription since the 1970s. Working on farms in Ireland and Australia has strengthened his sense of intimacy and affection for landscape subjects and these themes and classical references are reflected in his inscriptions in stone.

“ What is apparent with Penrose Hart is a willingness to explore her medium and a genuine love of paint. Her style illuminates the pleasures of painting and what the inert material itself is capable of…Penrose Hart’s understanding of compositional devices allows them to combine effectively with the atmospheric landscape and produce more than a decorative image but something more evocative and full of spirit…Penrose Hart doesn’t try to tame the land or impose a vision – she has no intention of dramatising the landscape. She is a painter well aware of the hard grind it takes to do a convincing work. Her no fuss approach belies the actual final results of her paintings which show a joyful expressive view of her surrounding world.”  Steve Lopes. Art Almanac April 2013

“This paradox is alive in Sciberras’ work, which not only aligns itself with tradition but adopts subjects such as the landscape and the kitchen still life that might be considered highly acceptable to a general audience. Yet Sciberras is not concerned with capturing precise appearances. He says” I was never really interested in capturing the landscape, only trying to express what I feel about it”… “fundamentally I don’t feel my work is about anything that can be learned or practised or repeated-its not a discipline. Its a turn of the wrist or a flick of a brush. Its like trying to align oneself with the spontaneity of nature, to paint in the same way that natural patterns emerge in the landscape.” John Macdonald, 2013.

For more information on Bull Bay Residency, go to www.bullbay.com.au