Dale Richards is a painter based in South Arm, Tasmania. His surrealistic and figurative scenes are both captivating and challenging, using oil paint to capture a diverse range of subject matter.

Richards approach to painting conveys a raw energy, which seamlessly shifts from fanciful to edgy, reminiscent of the social realist artists from the early 20th Century.  Often described as dream-like, Richards distinctive works capture characters that occasionally appear melancholic, but always compelling. Despard Gallery has exhibited Richards’ work over fifteen times across the USA, Sydney and Melbourne.  His works are held in numerous private and public collections, both nationally and internationally.

This particular work was from a 2001 exhibition Homage to Daumier, where Richards paid tribute to one of his favourite artists, replicating some of Daumier more famous compositions.  Influential to Richards work is Daumier’s use of satire and absurdism, often depicting realistic subjects from a position that is critical of class distinctions and social norms. 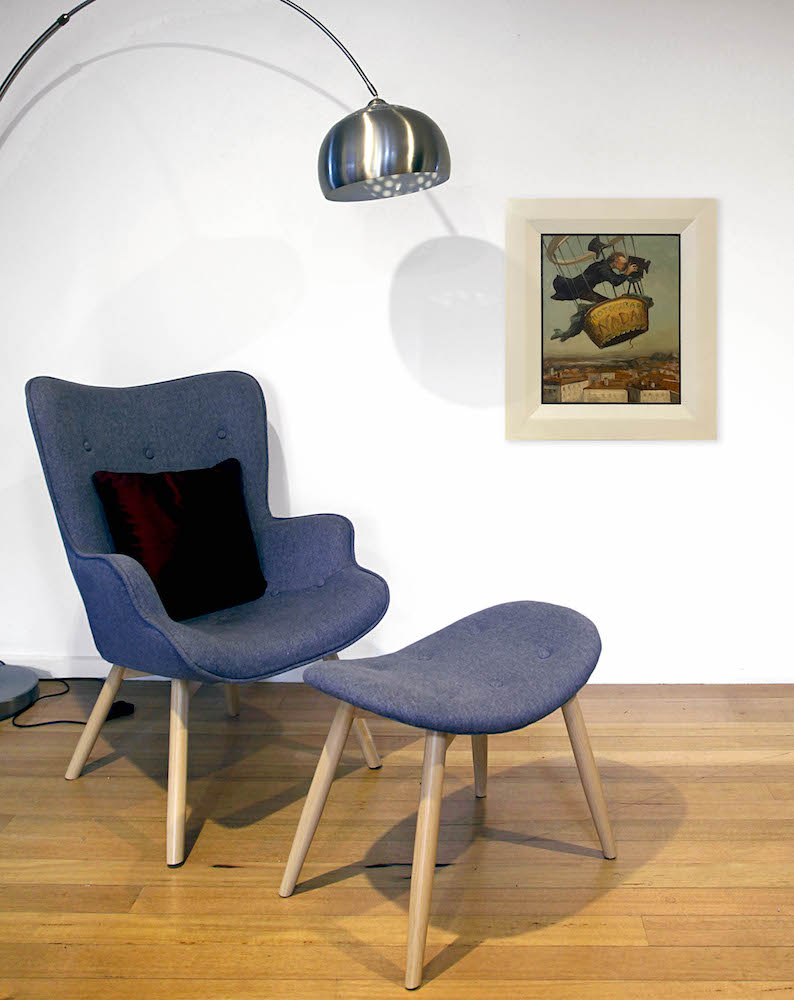