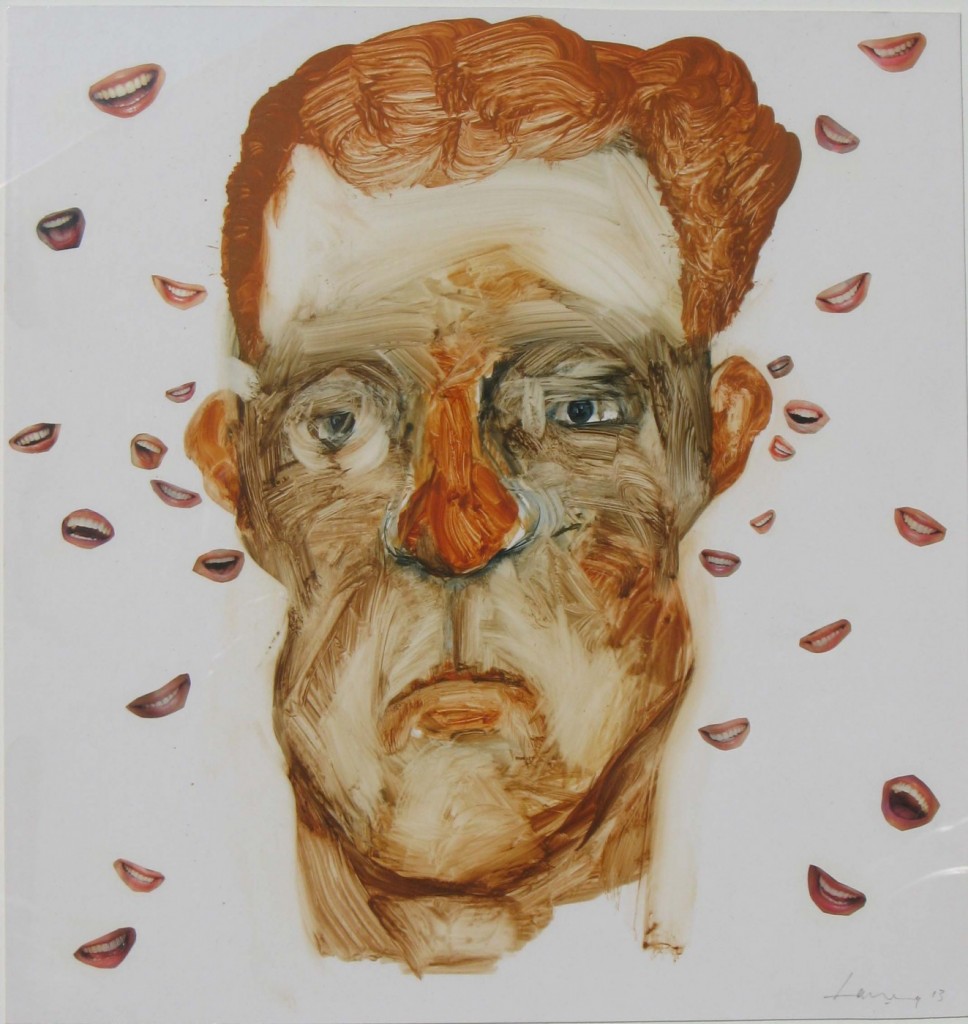 My work has always operated as biographical marker within a surrounding terrain. At its core, it seeks to evoke a functional poetic spirit, whereby seemingly coincidental juxtapositions allude to those pivotal moments of destruction and growth where memory, intuition and chance randomly collide. Full Circle marks my first solo exhibition in Tasmania and includes a selection of older works along with recent paintings completed since moving here in 2011. As such, this collection reflects some of the themes that have inspired me — from the umbilical connections that link postcolonial Australia and Africa to Britain to the feral animal metaphors that bespeak our human brilliance and doom; from auguries of mortality to the recent Poet Series that celebrates the creative impulse.

The title of the exhibition pays homage to an old dream. When I first visited Tasmania after migrating to Australia in 1990, it became my fervent wish to settle here. But employment prospects beckoned from the mainland and I spent two decades teaching art at the University of Newcastle before finally returning to realise the dream. Full Circle also denotes a return to what motivated me as an artist in the first place — the pure, unbridled and shamelessly basic pleasure in giving form to intuition. The means are simple, the product boundless.

Graham Lang was born in Zimbabwe and migrated to Australia in 1990. An MFA graduate from Rhodes University, South Africa, he also holds a PhD from the University of Newcastle where he was a lecturer in Fine Art for twenty-one years before moving to Tasmania in 2011. His artistic career spans three decades during which he has exhibited extensively in Australia and overseas and taken up several artist residencies, including two at the Scottish Sculpture Workshop, UK. His art is essentially biographical in its attempt to evoke both the external and internal realities of place and being. Much of his early practice reflects the political and existential anguish prevalent in apartheid South Africa, particularly during the 1980s. Likewise, the broad-ranging work produced during his time in Newcastle centres most prominently on themes relating to migration, cultural identity and the umbilical connections linking Australia and Africa to Britain. Since his departure from academe in 2011, he has tended toward a more intuitive approach, exploring a diverse array of subjects, many derived from his literary interests. His art predominantly involves traditional forms of painting and sculpture but has also included mixed-media drawing, photographic narrative and site-specific installation

Graham has also forged a significant career as a writer, exploring associated themes of postcolonial African dispossession and dislocation in three novels, Clouds like Black Dogs (2003), Place of Birth (2006) and Lettah’s Gift (2011) which received critical acclaim in South Africa. He now lives in Tasmania’s Far South.