“With a career as a full-time painter spanning forty years, Geoff first exhibited with Despard Gallery as part of our annual summer group show in 1999. Twenty years on, and eleven solo shows later, Geoff continues to push himself creatively, his evocative oils resonating to a broad audience of both new and seasoned followers.

The landscapes and abstractions that make up Overview, Geoff’s eleventh solo exhibition at Despard Gallery, have been painted over the past year, completed with a sense of urgency and determination. It is a significant artistic achievement, and will no doubt endure as part of his artistic legacy. Overview, demonstrate how Geoff’s paintings continue to increase in visual strength, cementing his standing as Tasmania’s greatest living ar tist.” – Steven Joyce Director, Despard Gallery

“Like Turner, Dyer works with ‘inspired unconsciousness’, but also with a deep Romantic sense of the landscape. He accepts that a view of the bush or the beach can be a vehicle for strong feelings. Painting is method of expressing those feelings in a way that can remain impersonal and, indeed, universal.” – John McDonald, writer and art critic

Geoff Dyer (b.1947) is arguablyTasmania’s best-known contemporary painter. Born in Hobart, Geoff graduated from the Tasmania School of Art in 1968. He begun exhibiting soon after, balancing his time between the studio and teaching art, firstly on King Island, then Launceston SchoolofArtandlateratBurnieTechnicalCollege. In1980,Geoffbegunpaintingfulltime, spending the next thirty years travelling regularly between Sydney, Melbourne and Hobart.

Geoff’s work has been hung in the New SouthWalesArt Gallery over twenty times as a finalist in the Archibald prize, the Wynne Prize and the Sulman Prize. Geoff became an Archibald finalist for the first time in 1993 with a portrait of environmentalist and Federal Green’s leader, Bob Brown. His most recent hung portrait, from 2011, includes portrait of David Walsh, founder of MONA. Most notably, Geoff won the Archibald Prize in 2003 with a portrait of writer, conservationist and friend, Richard Flanagan. A selection of these portraits, featuring prominent Tasmanians, are exhibited at theTasmanian Museum and Art Gallery from July to October 2019.

To celebrate both Geoff’s solo exhibition Overview, as well as the exhibition Geoff Dyer: Portraits at the Tasmanian Museum and Art Gallery, Despard has produced fully illustrated, 54 page book.  This includes an insightful essay by John McDonald (art critic for the Sydney Morning Herald and film critic for the Australian Financial Review),  an introduction by Steven Joyce, as well as written contributions by Janet Carding, TMAG Director and Jim Everett poet, playwright and Tasmanian Aboriginal elder.  The book is available for sale for $25 (exl. postage) at the gallery, the TMAG book shop and the State Cinema Book shop in Hobart. 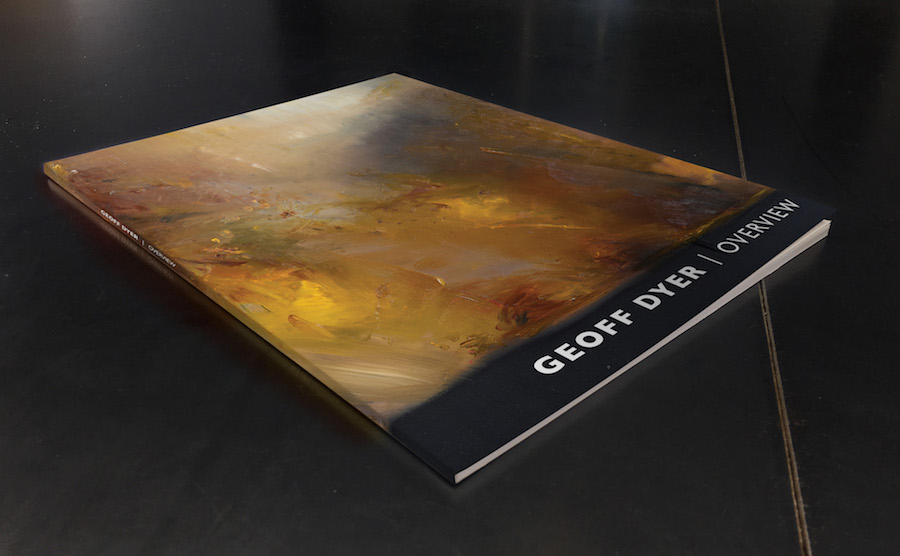