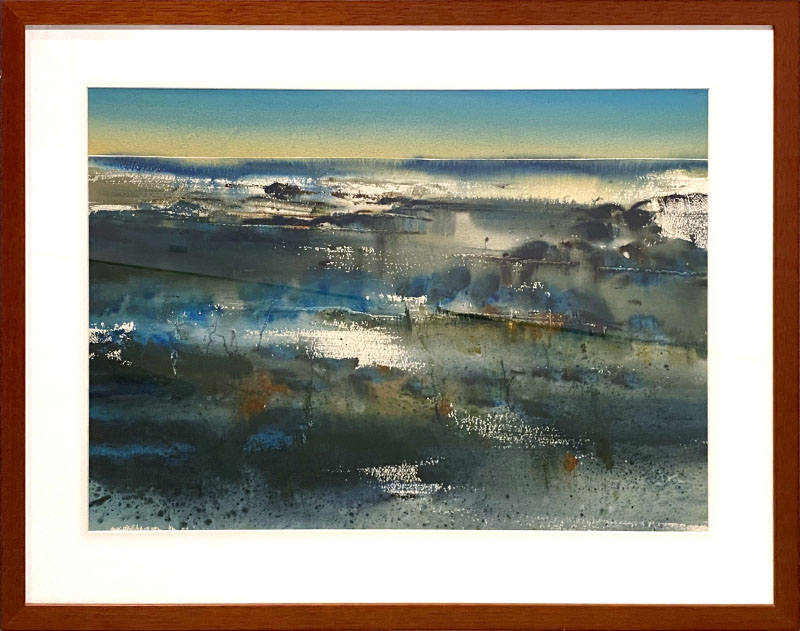 Geoff Dyer (1947-2020) had a unique capacity to evoke light through paint, capturing a sense of atmosphere and charging each work with an unmistakable strength and intensity.  Dyer’s love of the landscape was fostered through the use of watercolour and gouache, utilising the freedom of working on paper to paint plein air.  Although more nationally renowned for his large robust oils, Dyer regularly returned to watercolour and gouache, enjoying its freedom and immediacy.  Similar to his oils, Dyer regularly revisited specific locations with his works on paper, including rough seas of Ocean Beach, the Freycinet skyline from Dolphin Sands and the Furneaux Group, a group of approximately 100 islands located at the eastern end of Bass Strait, between Victoria and Tasmania.

This wok on paper demonstrates Dyer’s unique capacity to interpret the bright colours of the Tasmanian east coast landscape through watercolour.  Dyer has captured the shimmering transparence of the pristine waters, set against a high horizon line and the warm evening light of dusk . This work has been held in the same family since being gifted by the artist to a local art dealer, later to be bequeathed to a family member.  It is presented in it original wooden frame, with mat board. The work is unsigned, but is accompanied by a certificate of authenticity and is stamped verso with a seal from the artist trust.

Geoff Dyer (1947-2020) had a highly celebrated professional career spanning over fifty years, with countless solo exhibition nationally, as well as exhibitions in Singapore, Guangdong and New York.  His work is held in numerous important collections including the National Portrait Gallery, Artbank, the University of Tasmania, the Tasmanian Museum and Art Gallery, Queen Victoria Museum and Art Gallery and the Museum of Old and New Art (MONA).  Dyer was hung in the New South Wales Art Gallery over twenty times as a finalist in the Archibald prize (1993, 1996, 1999 -2004, 2006 and 2011), Wynne Prize (1977, 1988–1993, 1998, 2004) and Sulman Prize (1997, 2006). Dyer became an Archibald finalist for the first time in 1993 with a portrait of environmentalist and Federal Green’s leader, Bob Brown.  His last portrait, included a portrait of David Walsh, founder of MONA.  Most notably, Dyer won the Archibald Prize in 2003 with a portrait of writer, conservationist and friend, Richard Flanagan. 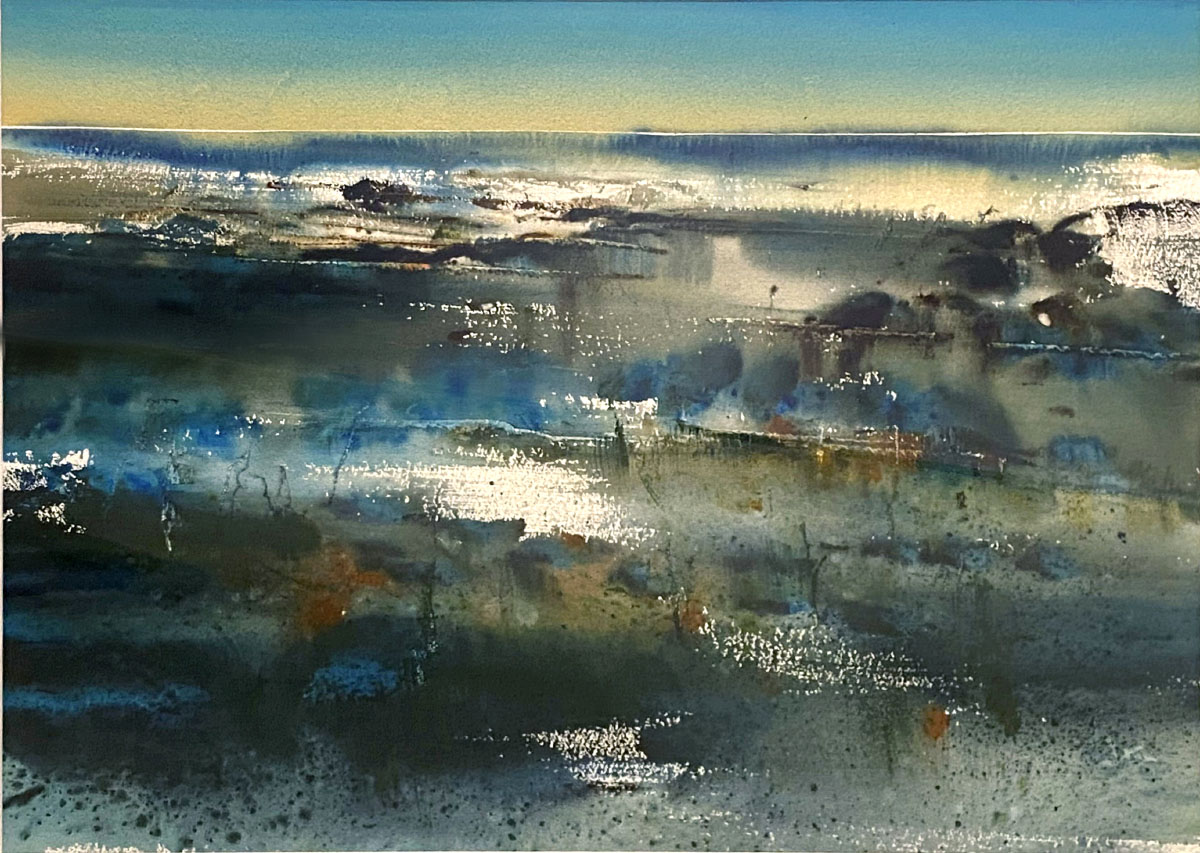 *This unsigned works has been authenticated, individually stamped verso with a seal from the Dyer estate and accompanied by a certificate of authenticity. 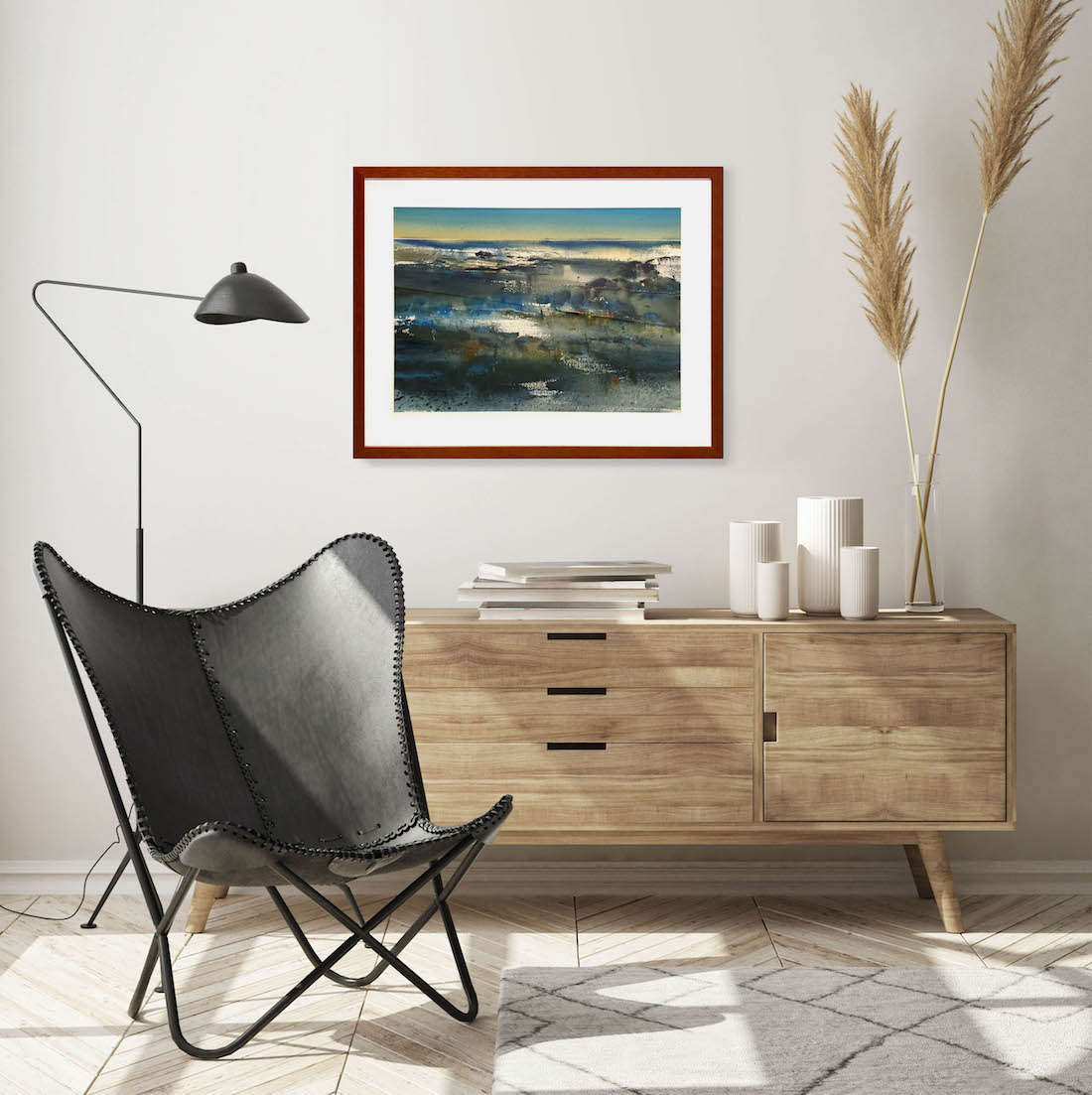