LANDSCAPE INTO THE FOLD 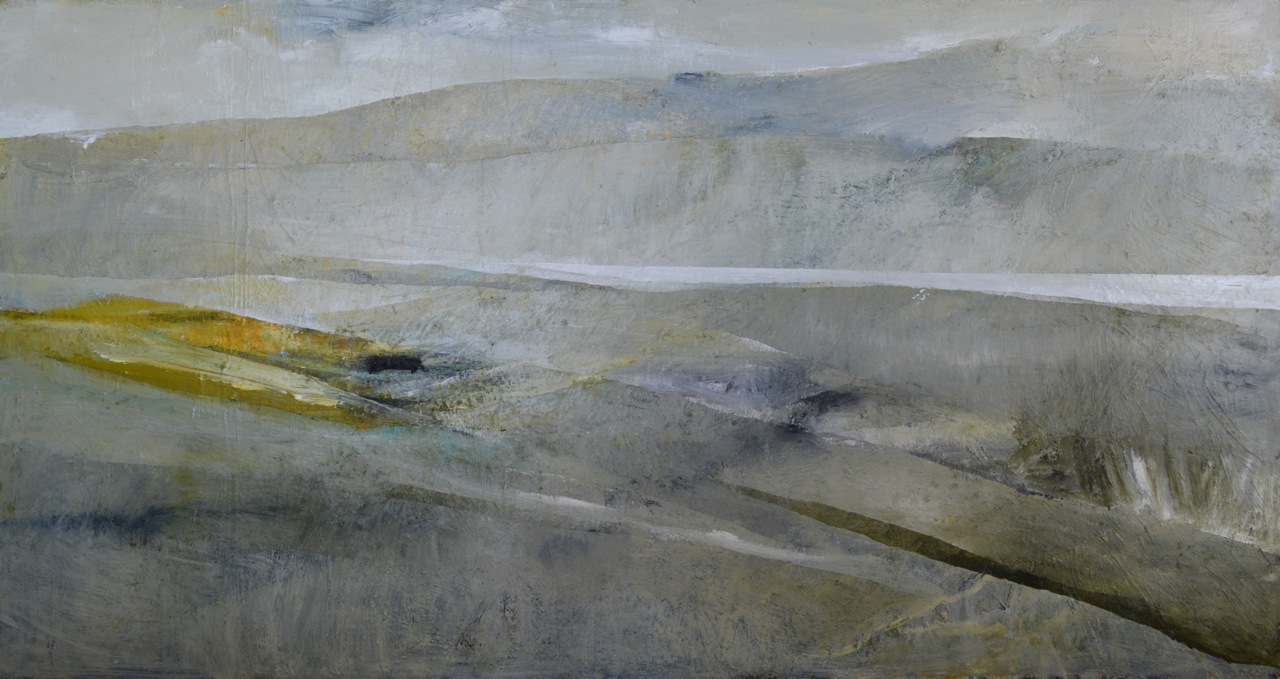 Caroline Rannersberger is a painter and printmaker whose work is an intuitive response to her surrounding environments. A key element of her work takes its conceptual lead from the rhizomatic model of Deleuzian philosophy (Gilles Deleuze). Deleuze theorised that by acknowledging the existence of multiple viewpoints, rather than one fixed perspective, a landscape contained multiple (and even shifting) points of connection across time and space.

Rannersberger explores these concepts closely in her work – devoting the better part of a decade and completing both a Masters Degree and a Doctorate of Philosophy on researching and reflecting upon on her experiences in the landscape. Her latest body of work, on exhibition with Despard Gallery, is a reflection of the view in and around her Bruny Island studio – located in picturesque Tasmania. The slightly disjunctive folding forms of the landscape suggest the terrain is in a constant geomorphological process of evolution.

Rannersberger has used panels in her paintings, which have enabled her to present a landscape in the process of formation, a constant movement of disappearance. The concept of the fold manifests in the folds of mountains, cloud formations and overlapping shorelines. These elements are a reflection of the extreme landscape of southern Tasmania, a site of great beauty and immeasurable force.

Influenced heavily by the tension and exuberance of Baroque art, Rannersberger is driven by a “force that compels me to paint unfolding forces inherent in the land” she explains. “Landscape painting becomes an expression of matter, with different scales, speeds, and different vectors; all materialising in form, giving rise to undulating mountains, tumultuous oceans, foreboding storm clouds. Throughout my experiences in the landscape I work intuitively; the force and sensation of the milieu are an intrinsic element of the painting process,” she says.

Discussing the practicalities of making work and her materials, Rannersberger says: “I begin with immediate mark making often using oil sticks and broad brush strokes to generate the foundations of the work. I overlay this process many times, responding to the chaotic elements of the land and its seemingly endless state of reformulation.

I imagine the landscape as a layered representation of time and geomorphological flux over millennia; a fleeting moment laid down in the form of a painting.”