We are excited to announce Rodney Pople’s fourth solo exhibition with Despard Gallery. Embattled will present a new series of powerful and provocative works that explores the romanticised mythology of young Australian soldiers in the First World War. Complementing this raw and sometimes confronting narrative imagery, Pople has integrated iconic images of Australian birds, used to represent a symbol of home.

“In times of war, a nation is tested by the courage of its people. The first World War took a terrible toll on Australia with many young men losing their lives. In 2020 the world is again at war, this time with a silent and invisible enemy. And once again, Australia is being tested.

Embattled, draws parallels between the patriotic anticipation of Australian soldiers going to WW1 and the optimistic, resilient character that traditionally defines Australians in times of great challenge such as the health crisis currently facing the world.

In bringing together the struggles of 100 years ago and today, Embattled captures the zeitgeist using a distinctively Australian visual vocabulary, at a time when the resilient Australian spirit is once again being tested.” 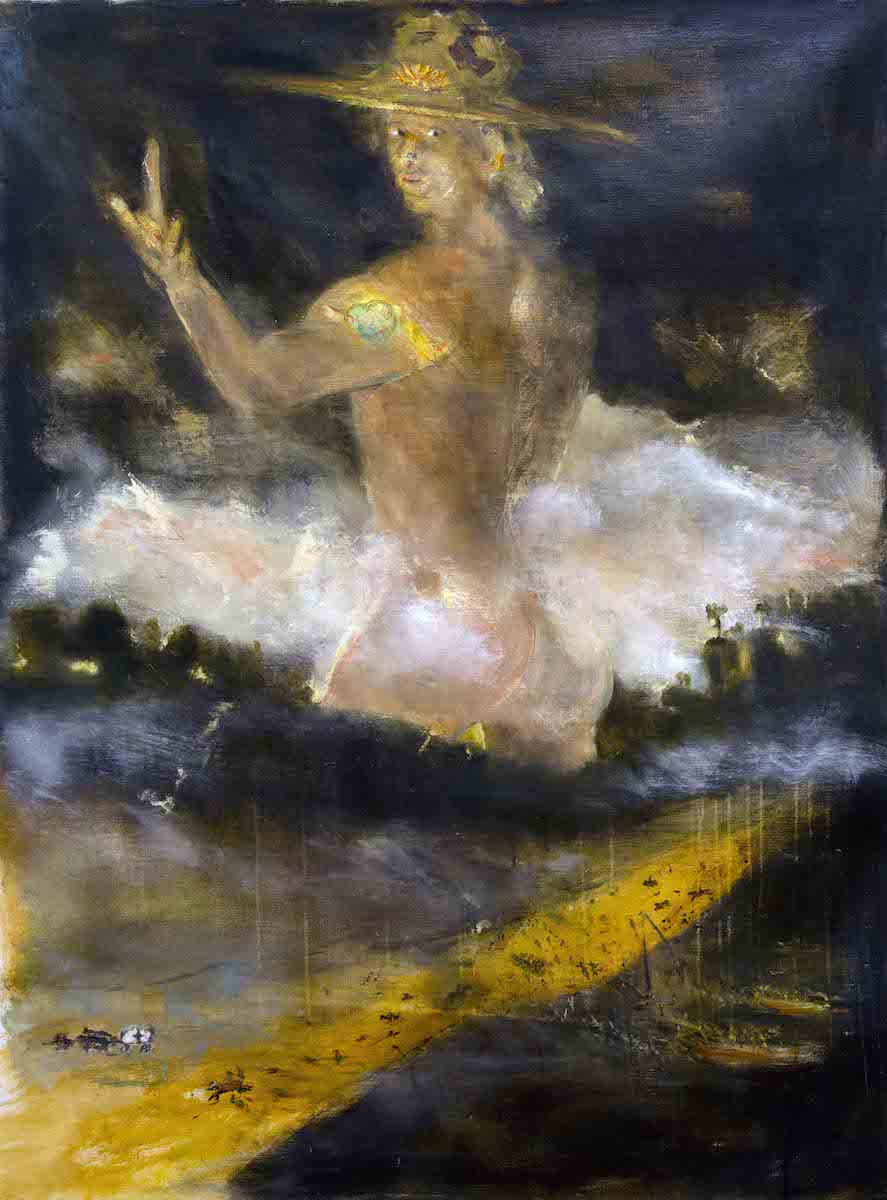 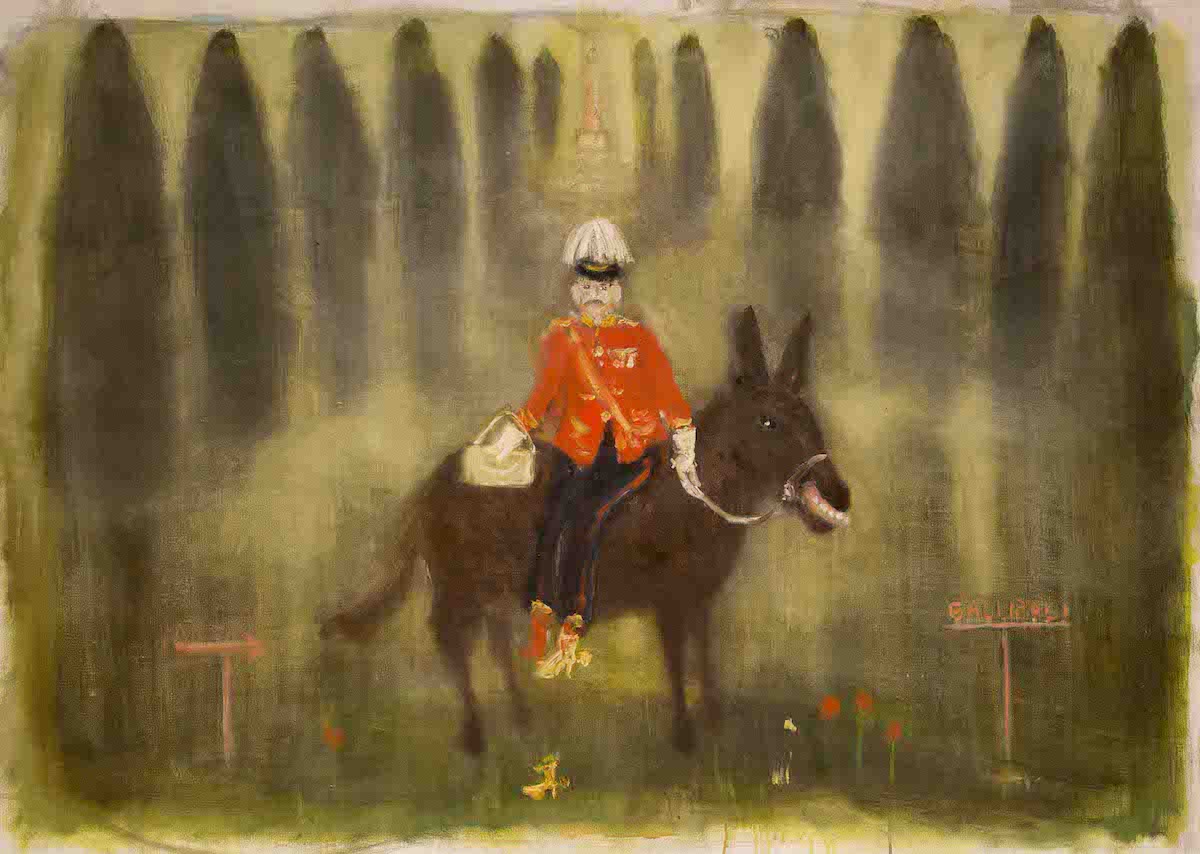 “This work is inspired by Sidney Nolan. Stopford is dressed in ceremonial attire to suggest how he is unsuitable for his position on the front line. During the Gallipoli campaign he stayed aboard his ship and fell asleep during critical landing manoeuvres by British and allied troops, costing many lives in his ineptitude.” 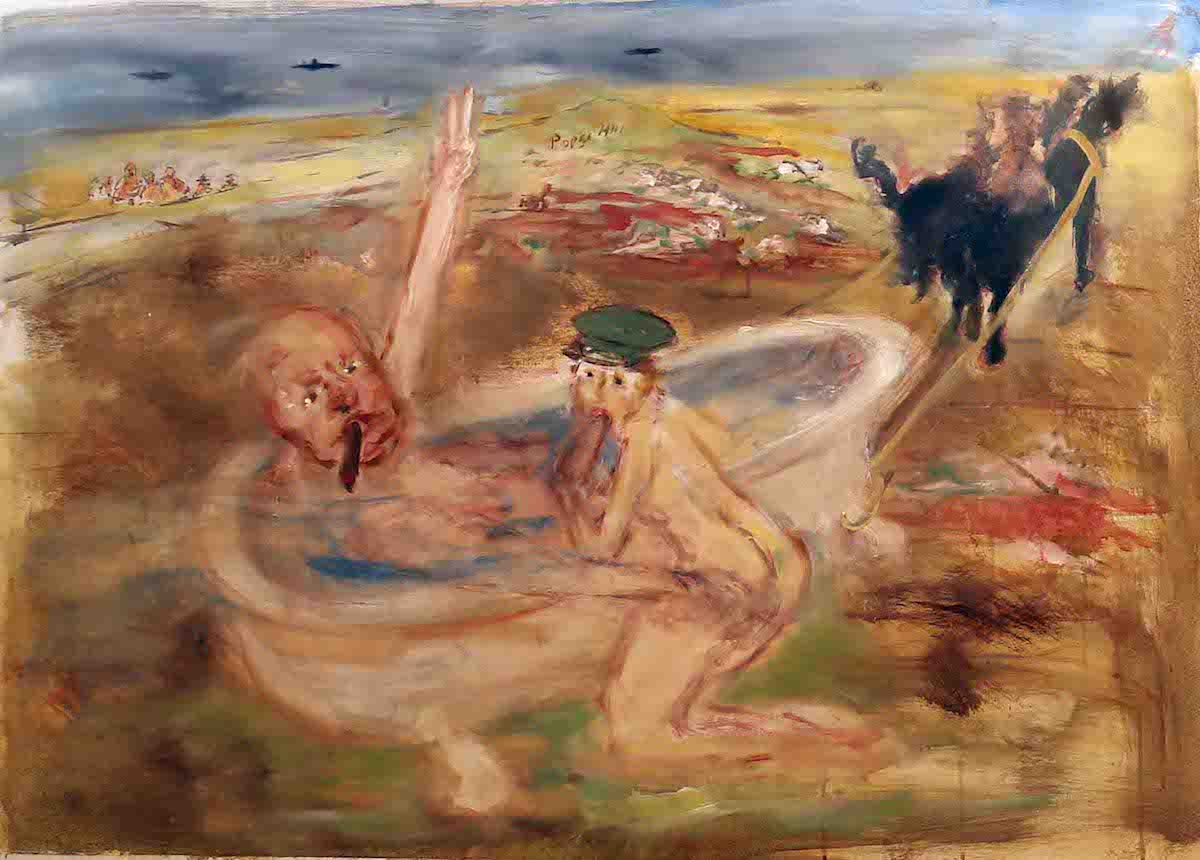 “Within this painting Churchill looks at ease in his bath on the lost battlefields of Gallipoli. He played an instrumental role in the defeat of the allies at Gallipoli and had no interest in the fallen.”

Click here to enquiry about Churchill In The Bath – Gallipoli. 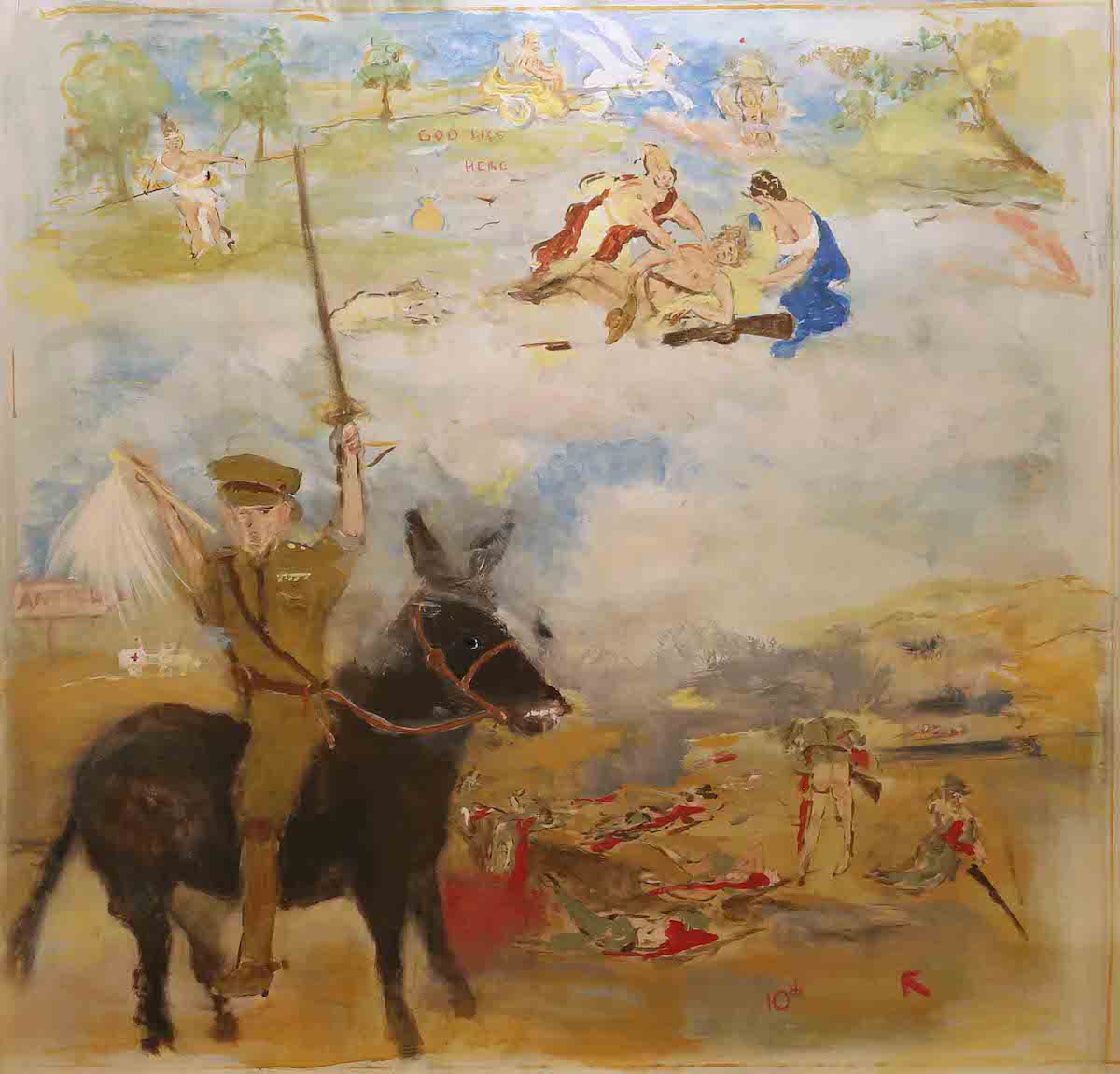 “Antill is seated backwards on his donkey (in a 19th century Goyaesque tradition to suggest an idiot). He is seen here in command of the 10th Light Horse Brigade at the Nek. He is responsible for sending men to their certain deaths, even though he had the power to stop the slaughter. Antill was promoted after the World War I and there is a street named in his honour in Canberra.” 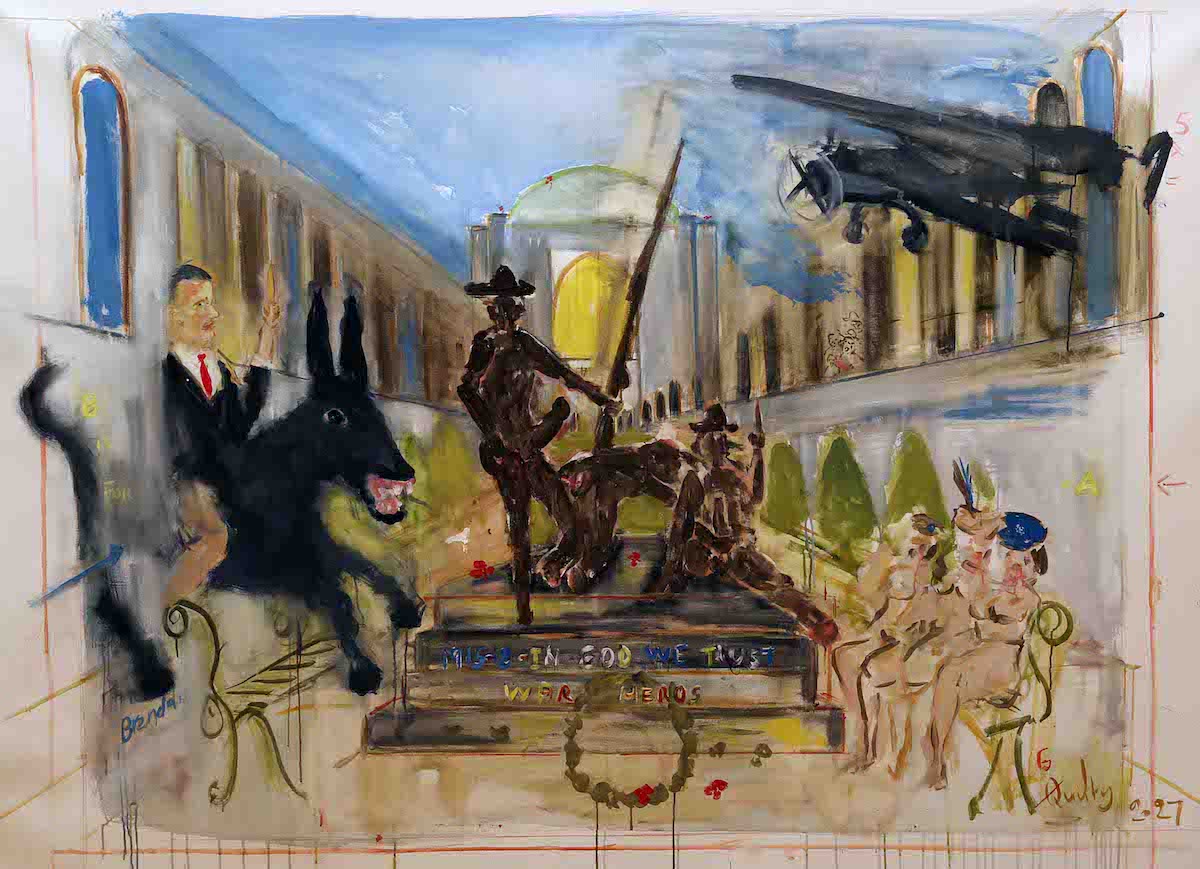 “War Heroes is one of the last paintings of the series. It is set in the Australian War Memorial and features both contemporary and World War 1 imagery.The figures on the steps show some injury or shell shock and may not be welcomed back into civilian life. There is an official representative of the Australian War Memorial crashing through the wall.”

Use our virtual viewing room to observe Rodney Pople’s work to scale. 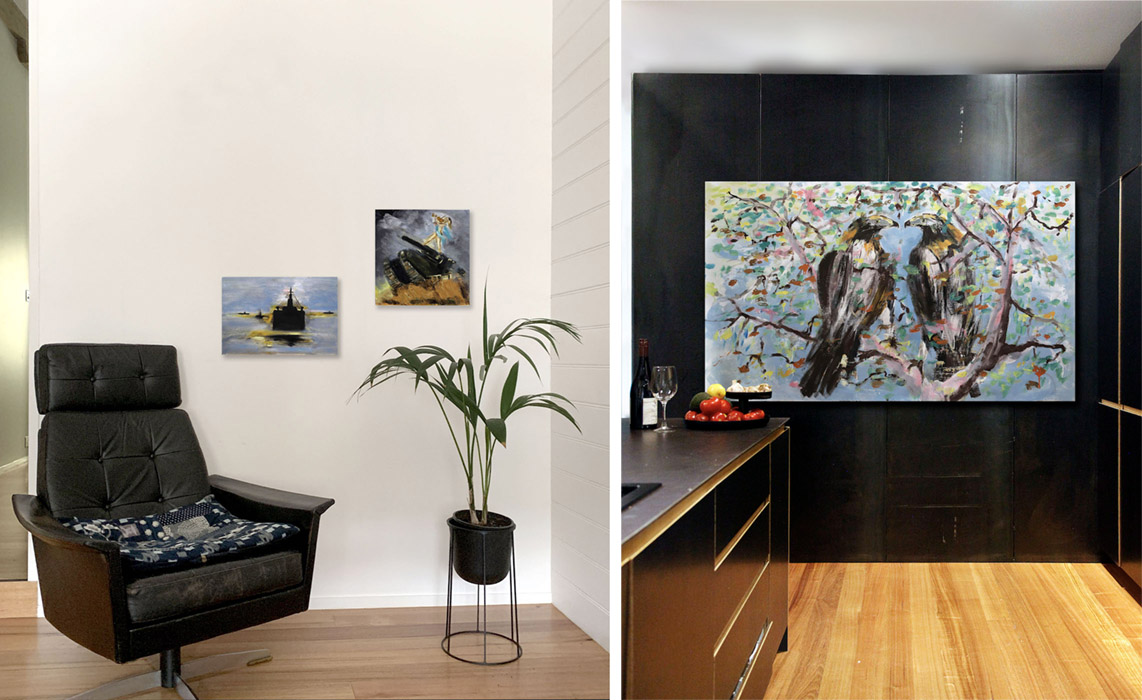 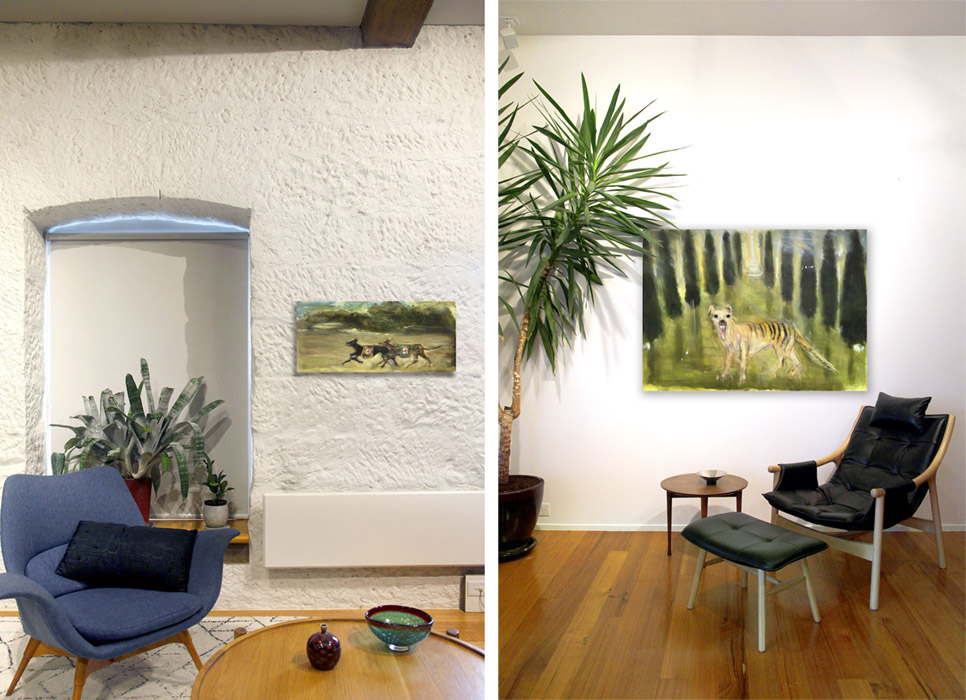