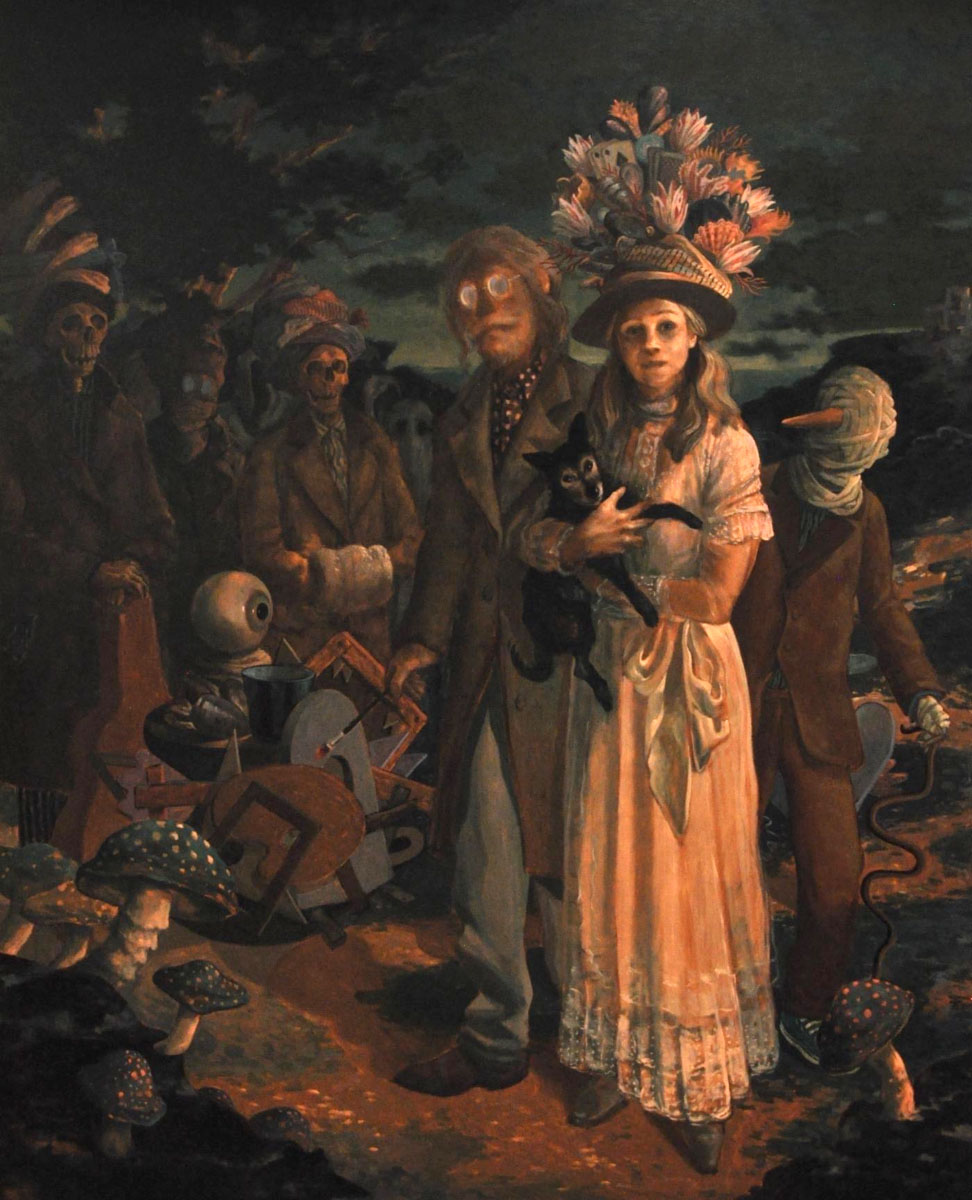 We are vey proud to congratulated to Michael Vale, who has been announced a winner in this years Doug Moran National Portrait Prize!

The Doug Moran National Portrait Prize is Australia’s richest art prize, typically with a first prize of $150,000.  For the first time in its 33 year history, the prize has been awarded to three artists. Michael Vale share the top spot alongside Vincent Fantauzzo and Andrew Greensmith, each being awarded $100,000.00

One of thirty finalists, Michael Vale painting titled Our Ghostly Crew (Michael Vale, Donna McRae and others) depict himself, along with his partner Donna and references her production of ghost films, as well as a shared love of horror moviesMichael stated about his portrait “We’re both very keen on horror and the supernatural, so we agreed [the portrait] should have a slightly gothic feel to it. A combination of having a beautiful model and a vivid imagination meant I could let loose.”

Click here to read a media article in The Guardian by Kelly Burke.

The acquisitive prize was established by Doug and Greta Moran AO, both long time supporters of the arts.  Keen to create a pathway for artists striving to achieve success and recognition in portraiture painting, the Doug Moran National Portrait Prize was first held in 1988. The prize encourages both excellence and creativity in contemporary Australian portraiture by asking artists to interpret the look and personality of a chosen sitter, either unknown or well known.

The judges of the 2021 Doug Moran National Portrait Prize are Emeritus Director of the Art Gallery of South Australia Daniel Thomas AM, prominent Australian artist and 2017 DMNPP winner Tim Storrier AM and Peter Moran, Managing Director of the Moran Health Care Group.

Click here to request a catalogue of available works by Michael Vale.