with a selection of our favourite artists 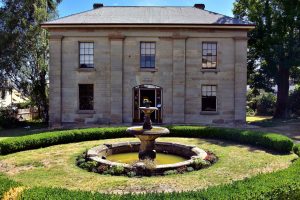 Find us this year at the Narryna Art and Antique fair. Despard Gallery is delighted to showcase a selection of artists including Anne Morrison, Mary Scott, Graham Lang, Todd Jenkins, Geoff Dyer, Lucia Usmiani and more…More info contact the gallery or pop down to Narryna between 1-4 November to see the artworks we brought to this years Art Fair.

Located within 5 minutes’ walk from Despard Gallery, Narryna is an 1830s merchant’s house linked to the origins of Salamanca Place and Battery Point. Narryna is a gem of Australian colonial architecture containing a rich collection of Tasmanian fine and decorative arts, stepping into Narryna provides a rich experience of early colonial life. The fine Greek Revival town house was built by Captain Andrew Haig in 1837-40. Haig purchased the land holding in 1824 in the course of a lucrative trading voyage between Calcutta, Canton and Valparaiso.

Haig built warehouses facing Salamanca Place in 1834 and set up as a merchant and shipbuilder while also operating goods and passenger services to mainland ports. Haig was forced to sell up after an economic downturn hit the Australian colonies in 1842. Narryna was later the residence of an array of Hobart businessmen and women, lawyers, politicians and bankers. In 1955 it became Australia’s first folk museum through the efforts of local residents who formed a collection that is redolent of the mercantile and maritime histories of Salamanca Place and Battery Point.