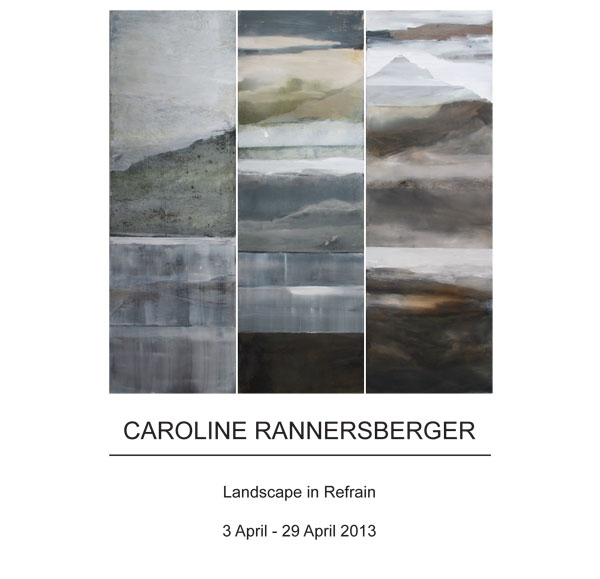 Caroline Rannersberger lives and works in Tasmania. She was born in Adelaide, before moving to Europe where she completed most of her undergraduate studies. She completed her PhD and Master in visual arts in the Northern Territory, where she lived and painted for ten years. Rannersberger works predominantly across painting and printmaking.Caroline Rannersberger has never offered “merely landscape” in her artworks but rather a hallucinatory approximation of the world in images of discovery and recognition. As is her customary practice, she has works from a direct encounter with the land out in the field and then reformulates that experience as a fiction in the studio.In all her works we observe the observer, we experience an encounter that seems impossible, that of seeing the sensation of seeing and its apparent dissolution. She attempts to capture that tremulous state, what Alain Badiou has called elsewhere, “the movement of disappearance”, a disturbance not yet transformed into an object nor cast in negation as an absence, but rather the actuality of disappearance itself.Through a rejection of the redundant descriptions offered by representational landscape, Rannersberger is able to erect a complicated constructed layer of images fused at the edge of a cylindrical vision, where time, space and matter are wrapped back around upon themselves and are seen as though viewed through the boundary that surrounds them.In this way we experience the land as always a double, an existence of something existing prior to the existence of human thought itself. (Donal Fitzpatrick, “Movement of Disappearance.” Melbourne Review no. May (2012).)Rannersberger’s work is held in major collections including the National Gallery of Australia, The Museum and Art Gallery of the Northern Territory (MAGNT), Artbank, the Macquarie Bank, Suncorp and Charles Darwin University. She is a finalist in the 2012 Tattersall’s Art Prize. In the last five years she has been a finalist in major prizes including the Glover prize and the City of Albany Art Prize, the Fleurieu Art Prize, the ABN Amro Award, Fremantle Print Award, & the Alice Prize.